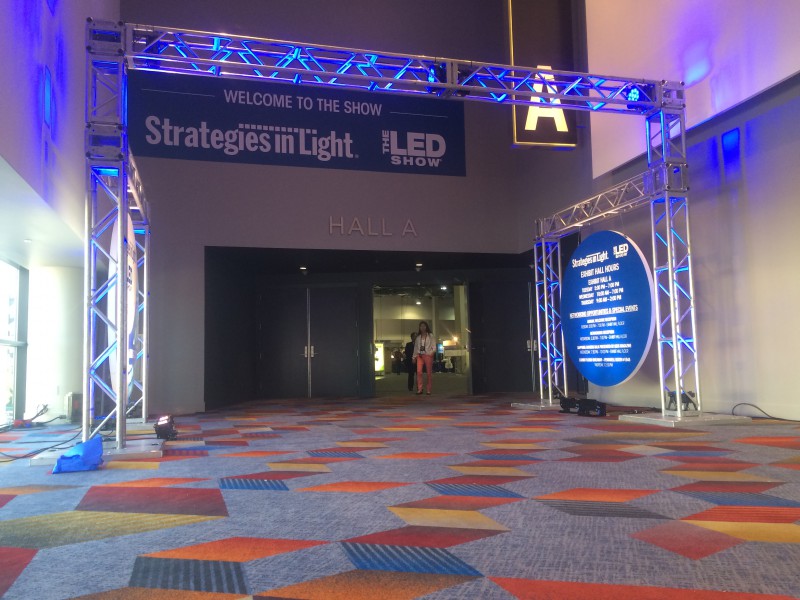 Strategies in Light 2015, one of the largest and most comprehensive LED and lighting events, took place last week in Las Vegas. We just wanted to do a quick run-through of some of the key areas that were addressed in three keynote speeches at the event.

Philip Smallwood, director of LED & Lighting Research at Strategies Unlimited, kicked off the keynotes with an overview of the Solid-State Lighting market. He estimated that there are around 45 million lamp sockets in the world today and that at present around 800 million standard A lamps are purchased each year. However, he stated that by the next decade this number will be cut in half to around 400 million as longer-lasting LED lamps invade the lighting industry. Smallwood also talked on LED tubes like our T8 EverLED, showing that this market has gained some momentum. Smallwood even admitted himself that he didn’t originally see these LED tubes being used a lot as replacements but the market has proven to be there.

Next, Smallwood moved into the Luminaire sector, stating that the total market will grow from $59 billion in 2014 to $66 billion in 2022. Keep in mind that today LEDs account for $19 billion of the 2014 total. Smallwood talked of the transition to solid state lighting, calling it evolutionary. However, the revolutionary part comes with the other products within the industry focused on networks and control that are coming hand in hand with LED lighting. By this he was basically saying that LEDs have already penetrated the lighting market and will continue to do so. The next phase of this industry is the smart lighting sector, since LEDs allow us to control our light in a way we never have before. This will benefit the public by making lighting safer and finding ways that the new systems can better serve the general public.

Jy Bhardwaj, senior Vice President of Research and Development at Philips LumiLEDs, focused on the different substrates that have been in the LED news as of late and making the manufacturing process more cost effective and efficient while still maintaining prime performance. He made a point that gallium nitride on silicon based components, that are highly regarded as a cost breakthrough in manufacturing technology are actually behind sapphire based substrates in performance. Also they take additional steps in the manufacturing process, like removing the opaque silicon layer, and are actually more expensive to manufacturer than sapphire based substrates. He also talked about gallium nitride on gallium nitride substrates (GaN on GaN) and said the price is too high to make it feasible to use these for practical use.

Lastly he recognized the move to chip scale packaging, which removes the ceramic substrate or plastic packaging. He recognized this as a great move as in the high power LED sector this would standardize packaging across all levels and have significant cost and performance benefits.

Tony Shakib, Vice President of Internet of Things at Cisco, talked on building controls and the benefits that LEDs and smart lighting would bring to this area. He noted that various systems in buildings today (telecom, security, heating and air conditioning, etc.) all use different technology as far as communications and automation. He thinks that LED lighting could help unify these technologies and get automation all under one system.

He sees smart lighting, with sensors in the lighting, will allow buildings to control heat and such so that it is being used in the most efficient way possible, maximizing energy savings. He says it could also track occupancy and be able to manage space. These sensors even go so far as they could recognize when people enter the building by using their IP address on their phones so that the building systems could be customized to certain people or areas in the building.

All of these keynotes bring about some exciting LED topics to watch over the next few years. LED lighting is on the rise and the technology continues to grow and become for feasible. Feel free to comment on this blog or email us on different areas you’d lik to learn more of so we here at LEDSupply can make sure to cover these in the blog.