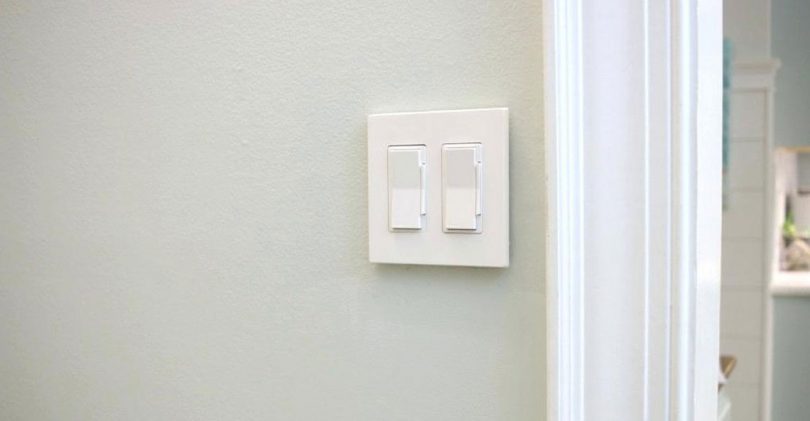 There are two main drawbacks to this type of dimming that need to be considered for the end application design. First, the dimming response is very shaky and not very good in the case when there are multiple drivers connected to one potentiometer. Second, there is not much of a choice for a frame plate or way to make the potentiometer fully integrate with the aesthetic design of the rest of your application or household.

These problems make it so some users might want to look below at electronic potentiometers or 0-10V Dimmers. 100K Potentiometers are great for smaller projects where you just need a turn style knob for control, or they are great if you are simply testing the dimming range or output of LED lights.

0-10V dimming is a type of dimming where a dimmer is used to alter the control signal of the dimming wires from 1-10VDC to alter the LED brightness. In 0-10V or 1-10V dimmable drivers there is a 10V signal that flows from the Dim (+) line to the Dim (-) line. When the wires are left untouched (without a dimmer) the signal is at 10V, thus 100% light output. The same is to be said if you have a dimmer connected and turned up all the way. When the dimming signal is reduced, the light output will decrease until hitting the minimum output.

This is where 0-10V and 1-10V dimming drivers are different. 1-10V lets the dimming signal go down to 1V or 10% light output. This means the light will only go down to 10%, therefore there will still be some visible light and power going through the system. For this reason, a switch at the AC main lines is needed to shut off power when the light is not needed. 0-10V dimmers on the other hand go down to .57V or 5.7% light output before cutting off power.

The output status is not guaranteed when the signal is less than 1V for the Mean Well drivers. A switch setup like described above will help the circuit and keep it turned off when not in use. The typical dimming response for a 1-10V dimming signal is shown below:

The last thing to note is the Mean Well drivers require a current sinking dimmer, not one that 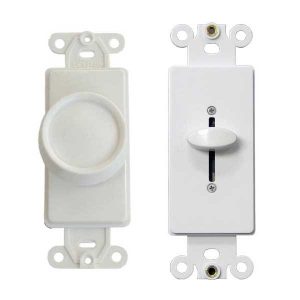 provides the 0-10V signal already. We carry an awesome current sinking 0-10V dimmer that works great with Mean Well drivers. The simple design just needs to be wired up to the dimming wires and works to smoothly dim LED lights. The dimmer also comes with a face plate for wall mount installations and comes in rotary knob or slider options. All you need to do is connect the gray wire on the dimmer to the Dim (+) and the purple wire on the dimmer to the Dim (-).

If you have a controller with a 0-10V output signal consider using the ELN that can work with that type of circuit.

The last dimming option is to use a PWM signal generated by a dimming switch or control. Note that this does not make the driver have a PWM output like the PWM power supply from Mean Well, but rather just controls the light output via the dimming wires.

The control in this type of dimming will have wires or terminals which will connect into the driver dimming wires. As the duty cycle is reduced the LED controller will lower the output of the LED driver. A good example of this would be using an Arduino to output a PWM signal to the dimming wires.

Why are the LEDs dimming at an uneven or rapid rate?

Usually the answer to this problem will be that the LED driver that is being tested is under loaded. Most dimmable Mean Well drivers work by reducing the amplitude of the current being fed to the LED lights.

For the dimming to be smooth and to match up with the motion of the dimming switch, the LED driver needs to be loaded as close to the rated maximum power output as possible. I would recommend around 90-95%. Less than this and the dimming performance goes down and there is some dead space.

The below graphs give a visualization of how the dimming will behave with LED drivers at different load capacities:

If your LED driver is properly loaded as suggested above, then there could be a problem with the dimming switch. The most common issue is people trying to use a standard TRIAC type wall mounted dimmer with a Mean Well Led driver that has the 3-in-1 dimming feature. Only the Mean Well PCD series of constant current LED drivers are compatible with TRIAC dimmers.

If you are still having trouble with your dimming set up please shoot us a message at sales@ledsupply.com for direct assistance.