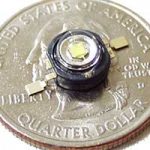 Coined originally from the Philips LumiLEDs Luxeon I, III & V line of LEDs was the idea and terminology that high-power LEDs are grouped and referred to by a specific wattage. By many, the Luxeon I was called a 1-watt LED, the Luxeon III a 3-watt LED and the Luxeon V a 5-watt LED.

Well, technically these and most LEDs have a wide current range at which they can be powered, so boxing them into one wattage ‘category’ has proven to be misleading.

Let me show you what I mean, first…

The wattage of an LED is calculated with the following equation: Wattge (W) = Current (A) x Forward Voltage (Vf). So for example, although the Luxeon III LED was called a 3-watt LED, when figuring the wattage, the actual wattage of the white LED was 2.59 (W) (3.7Vf Typical x 0.700A) at the 700mA test current, not the 3-watts that it was tabbed as.

Now here is where most of the confusion exists:
In this example, the tested drive current of 700mA for the Luxeon III, IS NOT THE ONLY POWERING OPTION.

These generalizations have led to many believing that 1-watt, 3-watt and 5-watt LEDs are different LEDs; it has also led to the belief that 350mA is always equal to 1-watt, 700mA is equal to 3-watts and 1000mA is equal to 5-watts. Overtime, these myths combined with the advancement in technology has drastically changed those original numbers. LED manufacturers like Cree and Luxeon have been able to significantly lower forward voltages, while simultaneously increasing the maximum drive current. 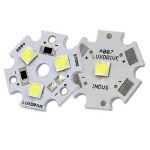 That’s a huge difference: Lets compare the old versus the new. 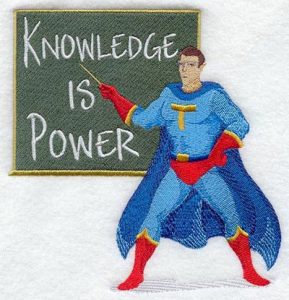 This makes many high-power LEDs and in this particular case the Cree XP-L not just a 1-watt LED, but a 1-watt LED all the way to a 10-Watt LED. Ultimately, this means that someone searching for different wattage LEDs might actually find that the best LED for multiple wattage requirements is still the same LED. Remember, the only factors of wattage are: the current range of the LED and corresponding forward voltages. Knowing this makes the LED and LED driver selection process more straight forward.